If you don't know what QUIC is, let me briefly explain: it is the last invention of Google, which is being standardized with the IETF. It's a take on the lessons learned developing HTTP/2 about the limitations of TCP. You can see it as a better TCP(2.0) for a better HTTP(/3) with encryption built in by default.

The idea is that, when you visit a page, you end up fetching way more files than you think. There is some .css, some .js, a bunch of .png and maybe even other pages via some iframes. To do this, browsers have historically opened multiple TCP connections (to the same server perhaps) in order to receive the file faster. This is called multiplexing and it's not too hard to do, you just need to use a different TCP port for every connection you create. The problem is that it takes time for each TCP connection to start (there is a TCP handshake as well as a TLS handshake) and then to figure out how fast they can go (TCP flow control). 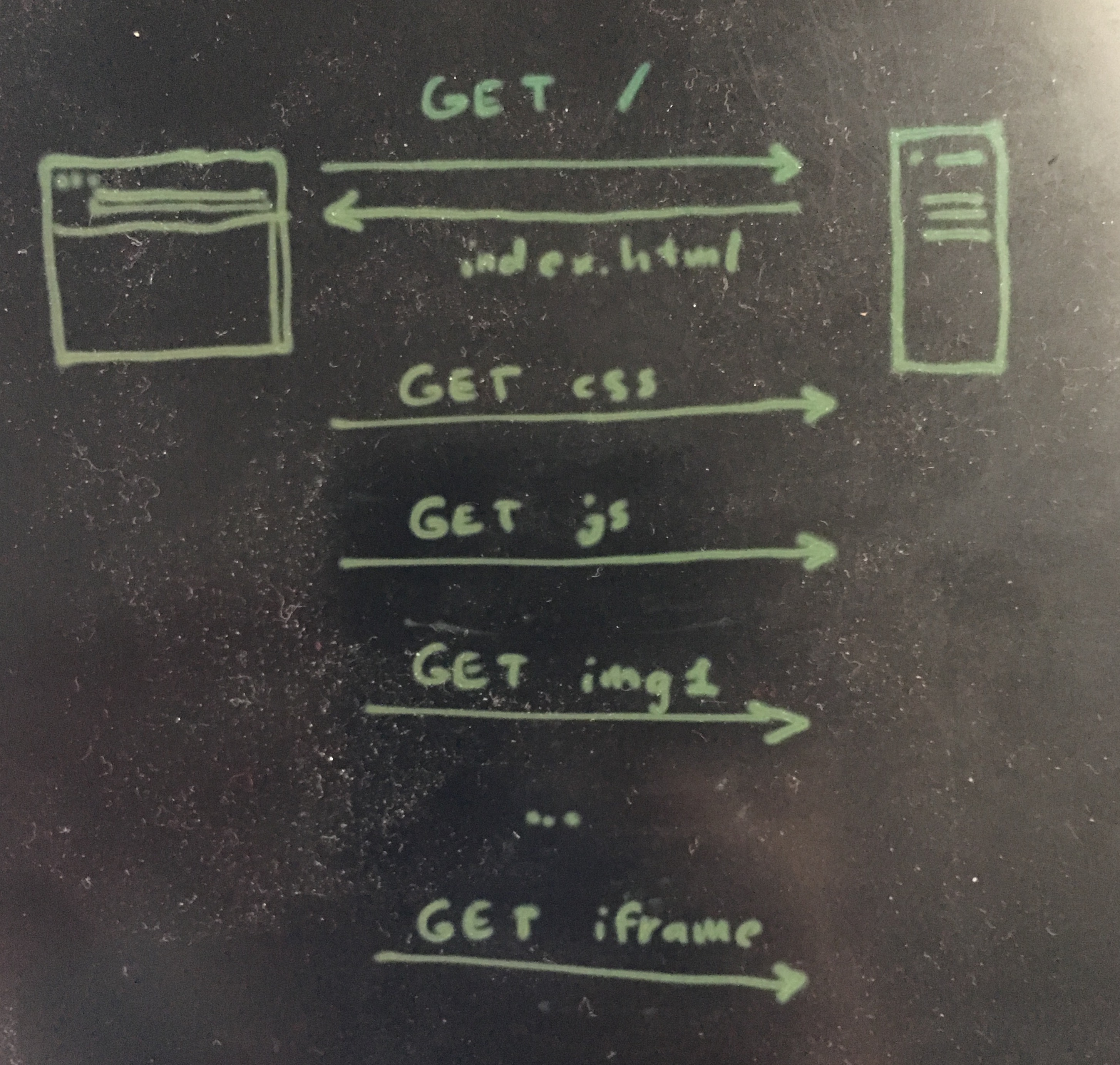 So in HTTP/2, instead of opening several TCP connections to the same server, we just open one. We then do the multiplexing inside of this one connection.

So now you're doing one TCP handshake, then you optimize the connection via TCP's mechanism, and you rely on that to receive whatever the server sends to you. It sends you a bunch of blocks, in whatever order, that you can buffer and glue back together. For example, you might receive some html, then some jpg, then the rest of the html.

One problem is that if faults start appearing on the network, all the different objects you're trying to receive will be impacted, not just one of them. So one ACK can mess every element on the page.

Comes QUIC which fixes these multiplexing issues by re-inventing TCP. Because of middle boxes and firewall issues, QUIC is built on top of UDP instead of creating another protocol on top of IP. It doesn't matter much in theory because UDP is just IP with ports (and ports are useful).

On top of that, the people at Google thought that encryption would be very useful to have baked into the protocol instead of making it optional and a responsability of applications (that's what TLS is). Google started this encryption mechanism with QUIC Crypto, which was a very simple protocol, and then decided to replace it with TLS 1.3. While this might make sense for the web, it doesn't really make sense in other settings where simpler security protocols could be used. This is what I talked about in more length in this blog post. Go read it before reading the rest of this post, I'll wait.

You read it? Nice. Well you'll be delighted to see that the nQUIC I've talked about in the first line of this article is exactly what I've been talking about: QUIC secured by the Noise Protocol Framework instead of TLS 1.3.

You can read about the research here. What we found is that it is extremly easy to integrate Noise into QUIC, because it was made to be encapsulated into a lower protocol, whereas integrating TLS 1.3 into QUIC is very hackish. It is also faster, because of the lack of signatures. It is way more secure, thanks to the lack of complexity and x509 parsing as well as the symbolic proofs provided by the research community (see for example NoiseExplorer, and its wonderful talk at Real World Crypto 2019). Finally, we have also added post-compromise security to the protocol, which is a must for long-lived sessions.