inb4 people start complaining that this blogpost is not about crypto. It's not.

That's it, I'm leaving Chicago for the arid desert of Nevada. Las Vegas, we meet again.

First let me say that I love Vegas, and I think anyone should go see what it looks like at least once in their life. Imagine a bunch of billionaire wandering in the desert, high on cocain, lost in their train of thoughts, laughing their ass off and suddenly coming up with the idea of bringing dozens of architects in the same desert and throw loads of money at them with no directions what-so-ever. Just for the lulz.

And that's how Vegas happened.

But I'm not here to eyeball at buildings and visit their guts. This time I'm here to mingle with nerds, geeks and other SAPs (Socially Awkward Penguins). I'm here to learn about the latest security vulnerabilities, the craziest discoveries of the best of the best. I'm here to meet with my tribe. I'm here to attend BlackHat and Defcon, the two biggest hacker conventions. And I'm seldom going to see the natural lights of our sun for a good long week.

But weird things started on the way, in the plane, when one of the hotess handed me a napkin. To me, only me. A white and clean napkin, nothing else. Did I have a booger? Nope. Was it something on my face then? Nein. The United Airline skeequing chairs, crying babies and eye-vessels blowing/nose congesting air conditionner were already killing me when we began to dive toward the unfamous LV. 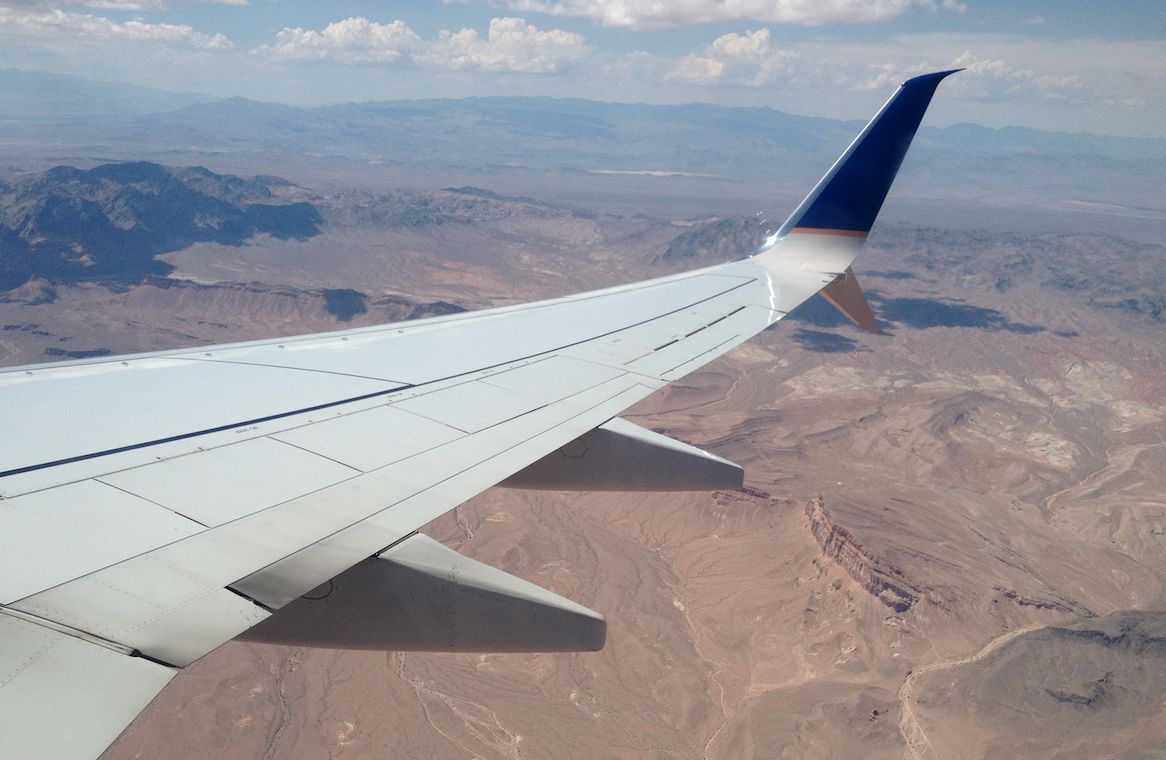 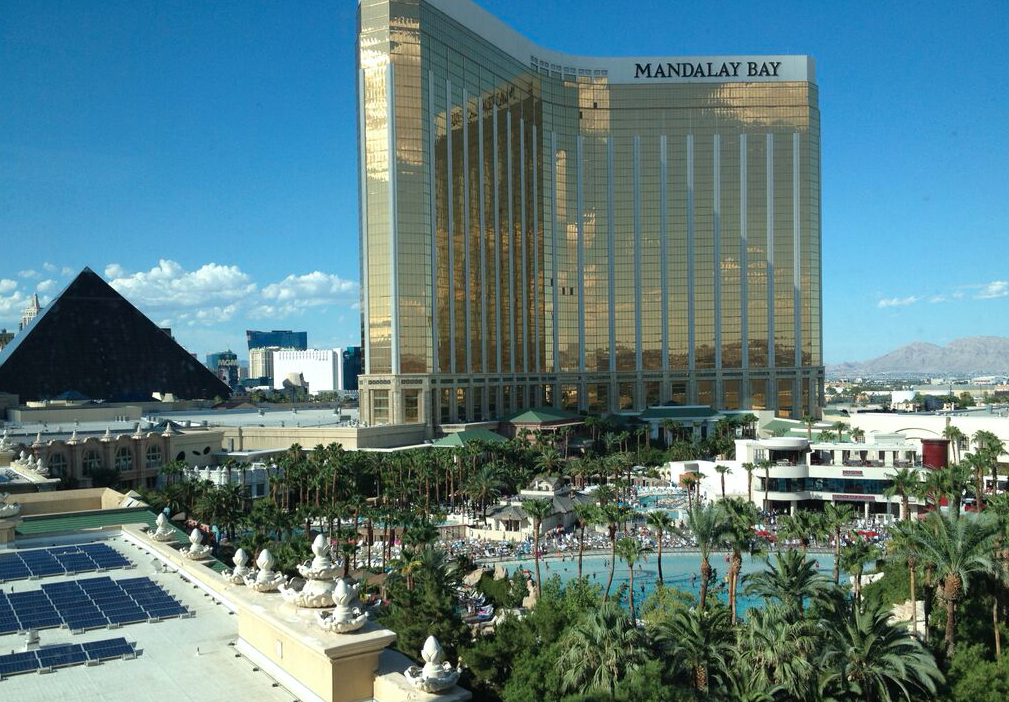 A couple of hours after I was in the Mandalay arpenting the corridors of its enormous conference center. Two huge floors filled by multiple rooms of different sizes. Not a living soul. I checked-in to get my badge and got a blackhat bag with a few goodies. The four first days of blackhat are reserved for trainings. 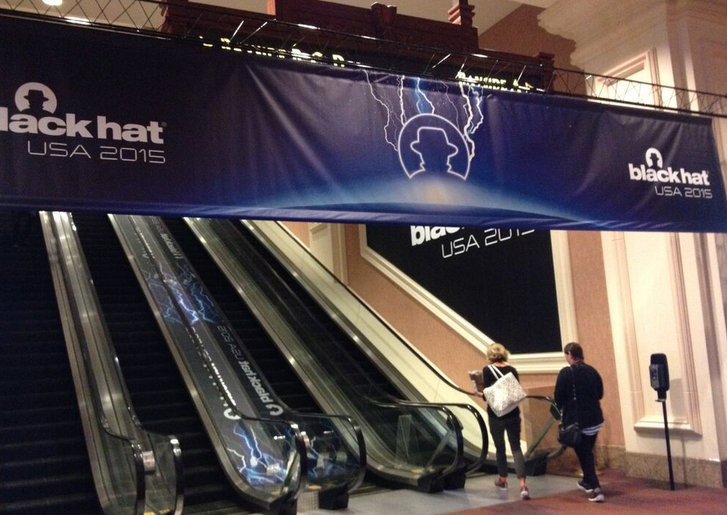 I waited in the hallways, enjoying the complimentary coffee & cookies while sitting in these huge sofas that were decorating the place. At 6pm I met with my coworkers and we went to play Craps 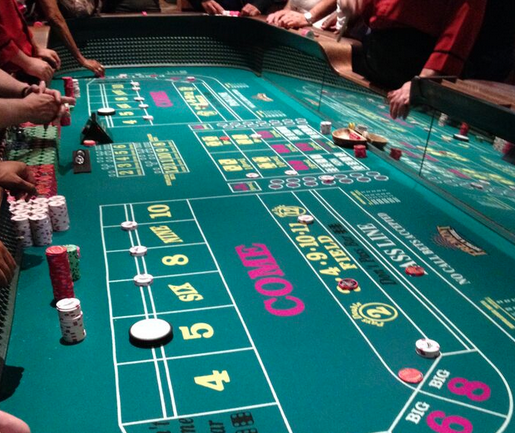 The next morning I woke up early, dressed and went to eat the blackhat breakfast in a huge room filled with empty tables, some of them had people sat across each other not saying a word. I ate, drank my coffee and went to the class room. 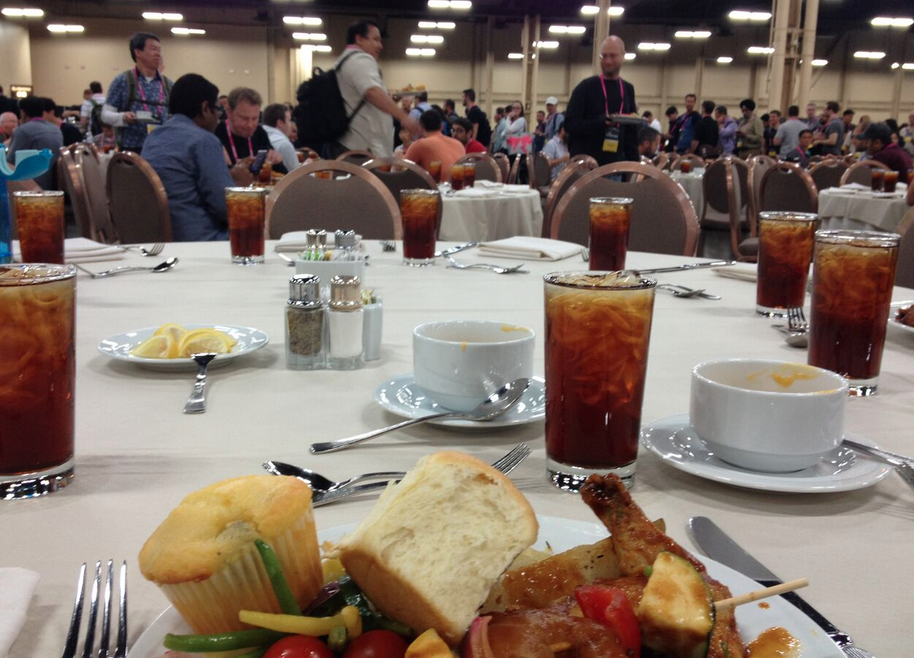 I spent two days as a trainer helping Tom Ritter, Sean Devlin and Alex Balducci giving the course Beyond the BEAST: Deep dives into crypto vulnerabilities. A mix of general culture in crypto, reknown attacks as exercises, cool crypto stuff we are excited about and some hours spent in the mathematics of cryptography. Every break we would go in the hallway, get some of the free pastries and coffee and chat a bit. Then we would go back to the class and teach. It went pretty well and I thought the convention would continue like that. I had no idea of the storm that was going to happen.

I woke up and headed to the Conference, passing by the swimming pool that I had still not visited and that I would not visit for the rest of my stay. Attending Blackhat and the Defcon was pretty much staying indoors for a week. It was working, drinking, getting free stuff and meeting people without producing any natural vitamins.

The briefings are the talks. A bunch of people apply for Blackhat CFP (Call For Papers) and if they get accepted by a jury they are allowed to give a talk at the convention. People then have to choose between 8 talks happening at the same time (more or less), and then regroup in these gigantesc rooms to hear someone talking about something. 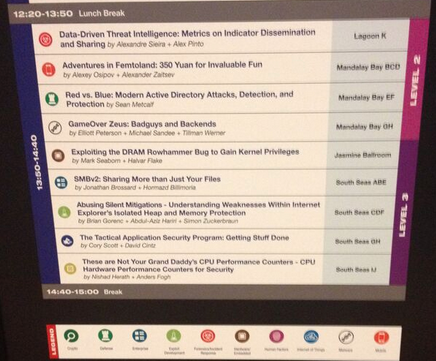 This is not training time anymore, we don't receive complimentary breakfast and lunch, hallways are now crowded and you can even see camera crews. Thing that you will never see at Defcon.

I started by going mostly to crypto talks or other subject I understood better. Crypto talks were rare. Not that it mattered since I was expecting this but I felt like the quality of most talks were meh and I rarely went out of a room with the feeling that I actually got something from it.

Jeff Jarmoc told me that a good way of taking something out of these was to not look at the schedule and to wander and go sit at random talks. This is an excellent idea that I'll try to apply next time.

Most of the time I felt like it could have been better explained, or I could have read about that/watched a video on youtube and understood it way better. Maybe it's just me and the format of attending a talk is not working in my case, but besides a few talks I left unimpressed most of the time.

One talk stood out from the others, Remote Exploitation of an Unaltered Passenger Vehicle by Charlie Miller & Chris Valasek. First it was entertaining, second it was telling a story. That's what a good talk should do no? Be easy to follow, and by that I don't mean easy, but pedagogical. The "conversation" format where Charlie and Chris talked like they were just talking to one another retelling a story to their friends was just awesome. I left out, read that they were giving the same talk again at Defcon and planned to go see their talk one more time. That's how good it was.