You can read part 1 here

Joppe Bos from NXP gave the same talk I had seen a couple month ago at SSTIC.

To recap the white box model:

If a secure whitebox solution exists, then by definition it is secured to all current and future side-channel and fault attacks.

And this is the reason why it only works for symmetric crypto. For richer math problems like RSA we can't do all these things.

In practice you do not ship whitebox crypto like that though:

In practice to attack:

The idea is to create software traces like power traces using dynamic binary instrumentation tools (Pin, Valgrind). They created plugins for both of them. Then they record every instructions in memory made by the whitebox and apply a DPA-style attack. If you don't know what that is check my video on the subject here.

picture of AES, the 10th round is different so you don't see it

And if memory access is made linear, you can still look at the stack access and it will reveal the algorithm as well

They can do better than a CPA (Correlation Power Analysis) attack, which they call a DCA (Differential Computation Analysis) . The hamming weight makes a lot of sense in the hardware setting, but here without the noise and the errors it does not so much. Also they need way less traces. All in all, these kind of DPA attacks are much more powerful in a software setting compared to a hardware setting.

By the definition of the WB attack model, implementations shouldn't leak any side channel data. tl;dr: they all do. Well, except when there is this extern encoding thing (transformation added to the beginning and the end of AES).

intuition why this works: Encodings do not sufficiently hide correlations when the correct key is used.

The code is on github!

The hype of WB crypto comes from mobile payment and streaming video. Today if you look in your pocket you most probably have a whitebox implementation.

In practice for an attack you need to: 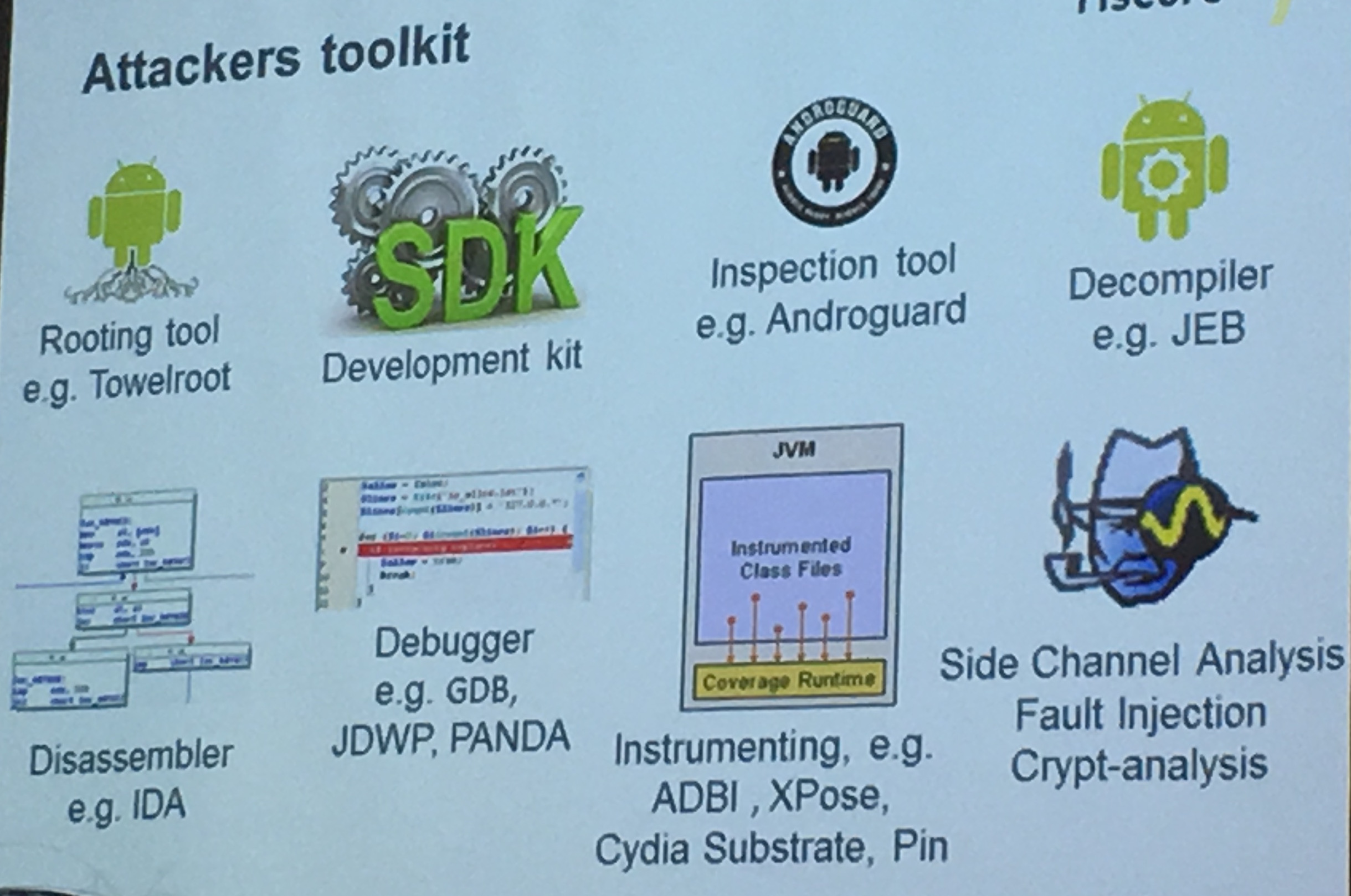 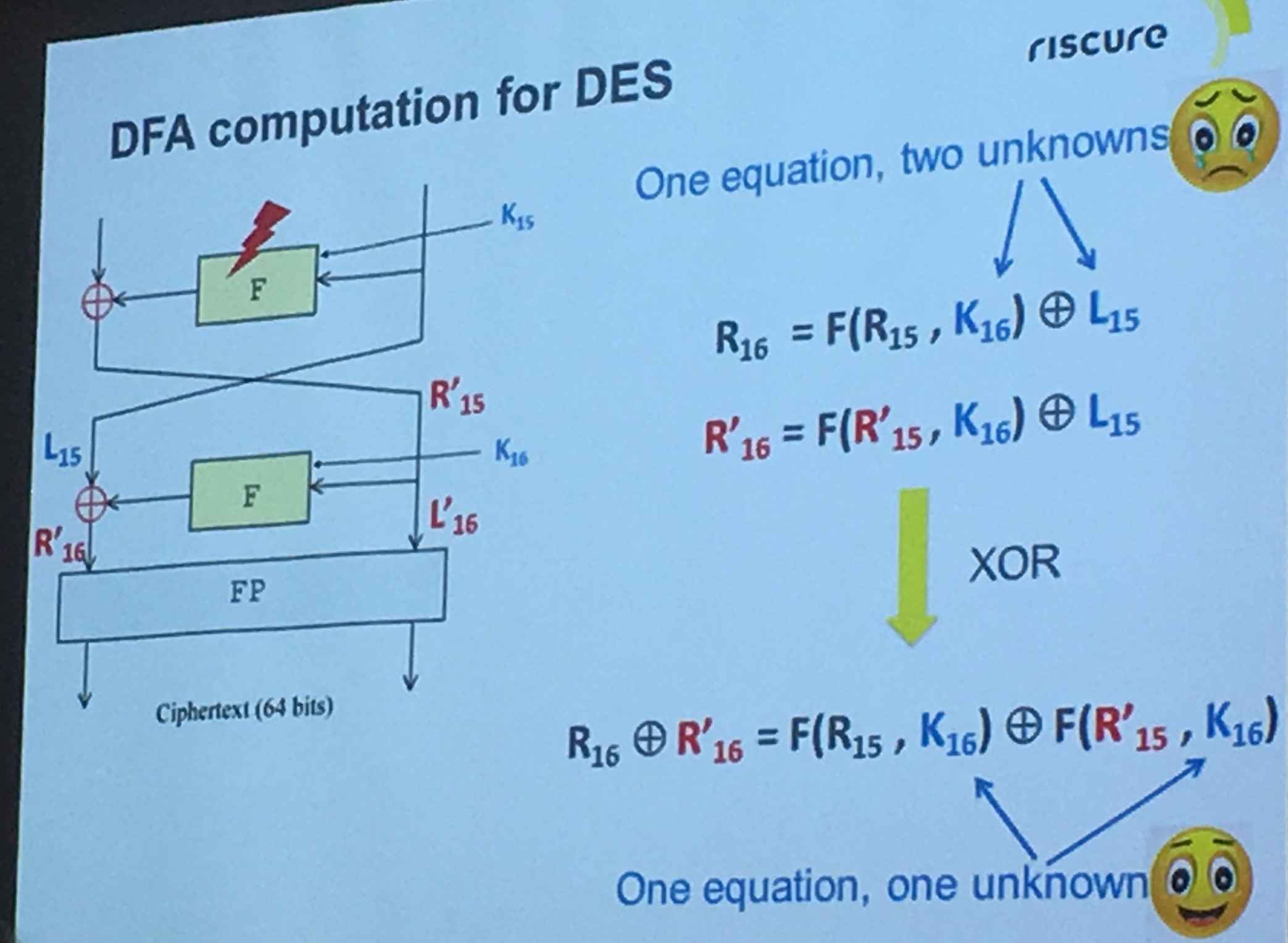 They applied the Differential Fault Attack (DFA) on a bunch of whitebox implementations, broke almost all of them except the ones using extern encoding (apparently in banking there is no extern encoding because of "constraints")

But overall, if you're designing whitebox crypto, you don't need to make the implementation perfect, you just need to make it good enough

You can read part 4 here.