tl;dr: use this code

When a program uses a secret key for some cryptographic operation, it will store it somewhere in memory. This is a problem because it is trivial to read what has been previously stored in memory from a different program, just create something like this:

This will print out whatever was previously there in memory, because the buffer a is not initialized to zeros. Actually, C seldom initializes things to zeros, it can if you specifically use something like calloc instead of malloc or static in front of a global variable/struct/...

EDIT: as Fred Akalin pointed to me, it looks like this is fixed in most modern OS. Colin Perceval notes that there are other issues with not zero'ing memory:

if someone is able to exploit an unrelated problem — a vulnerability which yields remote code execution, or a feature which allows uninitialized memory to be read remotely, for example — then ensuring that sensitive data (e.g., cryptographic keys) is no longer accessible will reduce the impact of the attack. In short, zeroing buffers which contained sensitive information is an exploit mitigation technique.

This is a problem.

To remove a key from memory, developers tend to write something like this:

Unfortunately, when the compiler sees something like this, it will remove it. Indeed, this code is useless since the variable is not used anymore after, and the compiler will optimize it out.

How to fix this issue?

A memset_s function was proposed and introduced in C11. It is basically a safe memset (you need to pass in the size of the pointer you're zero'ing as argument) that will not get optimized out. Unfortunately as Martin Sebor notes:

memset_s is an optional feature of the C11 standard and as such isn't really portable. (AFAIK, there also are no conforming C11 implementations that provide the optional Annex K in which the function is defined.)

To use it, a #define at the right place can be used, and another #define is used as a notice that you can now use the memset_s function.

Unfortunately you cannot rely on this for portability. For example on macOS the two #define are not used and you need to use memset_s directly.

The GCC -fno-builtin-memset option can be used to prevent compatible compilers from optimizing away calls to memset that aren't strictly speaking necessary.

Unfortunately, it seems like macOS' gcc (which is really clang) ignores this argument.

What else can we do?

I asked Robert Seacord who always have all the answers, here's what he gave me in return:

Does this volatile keyword works?

Time to open gdb (or lldb) to verify what the compiler has done. (This can be done after compiling with or without -O1, -O2, -O3 (different levels of optimization).)

Let's write a small program that uses this code and debug it: 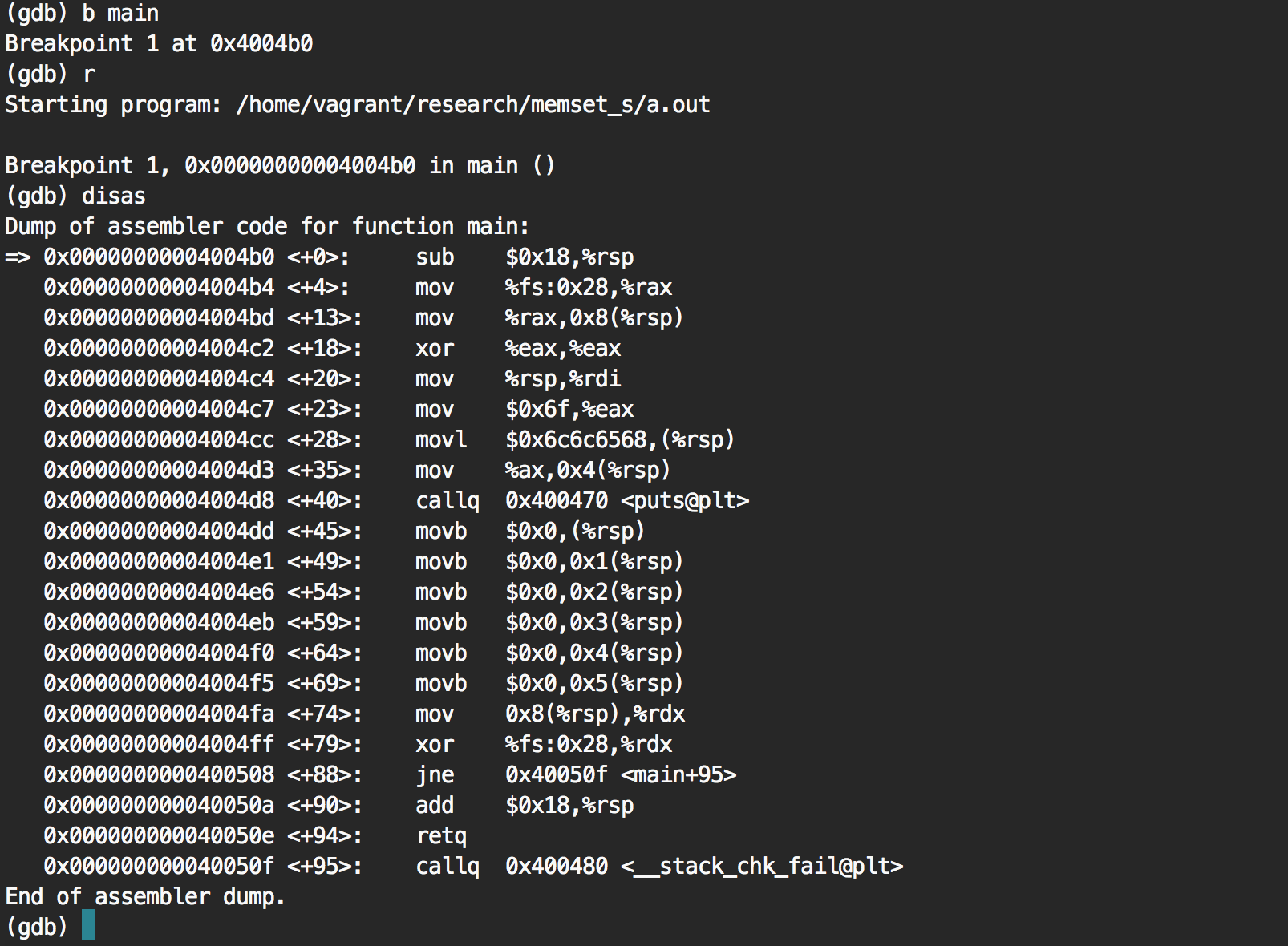 Is this it? Let's put a breakpoint on the first one and see what the stack pointer (rsp) is pointing to. 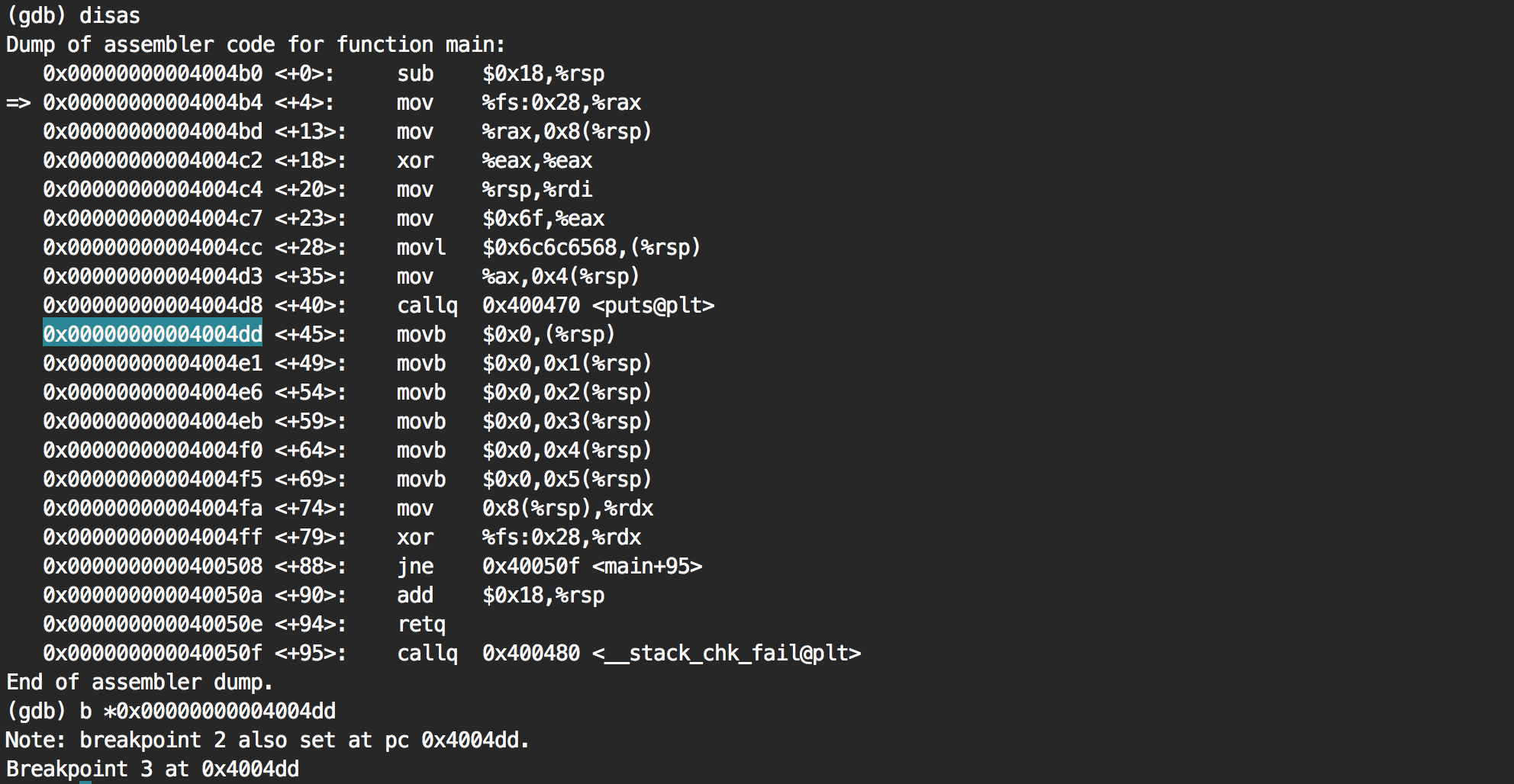 It's pointing to the string "hello" as we guessed. 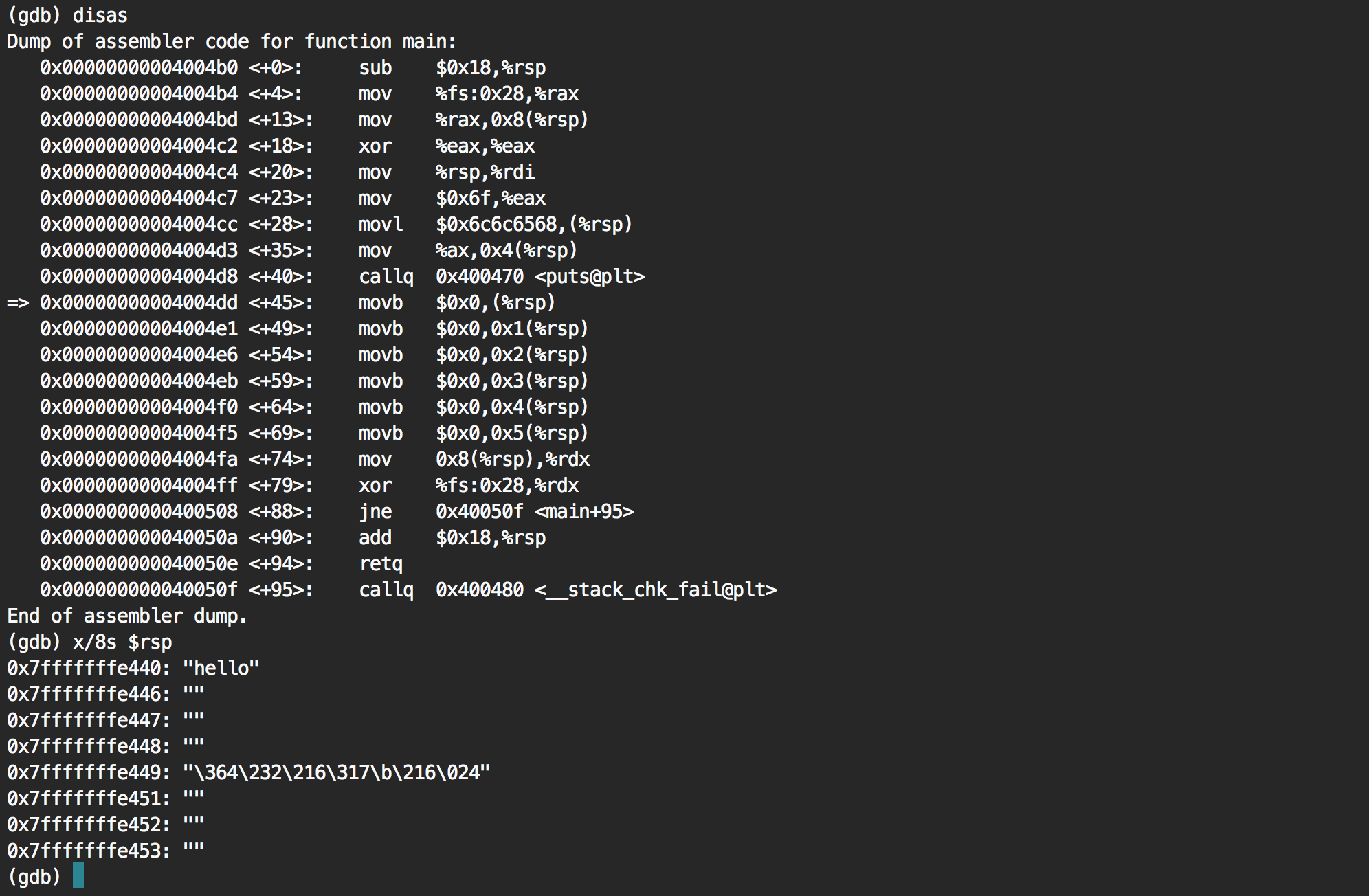 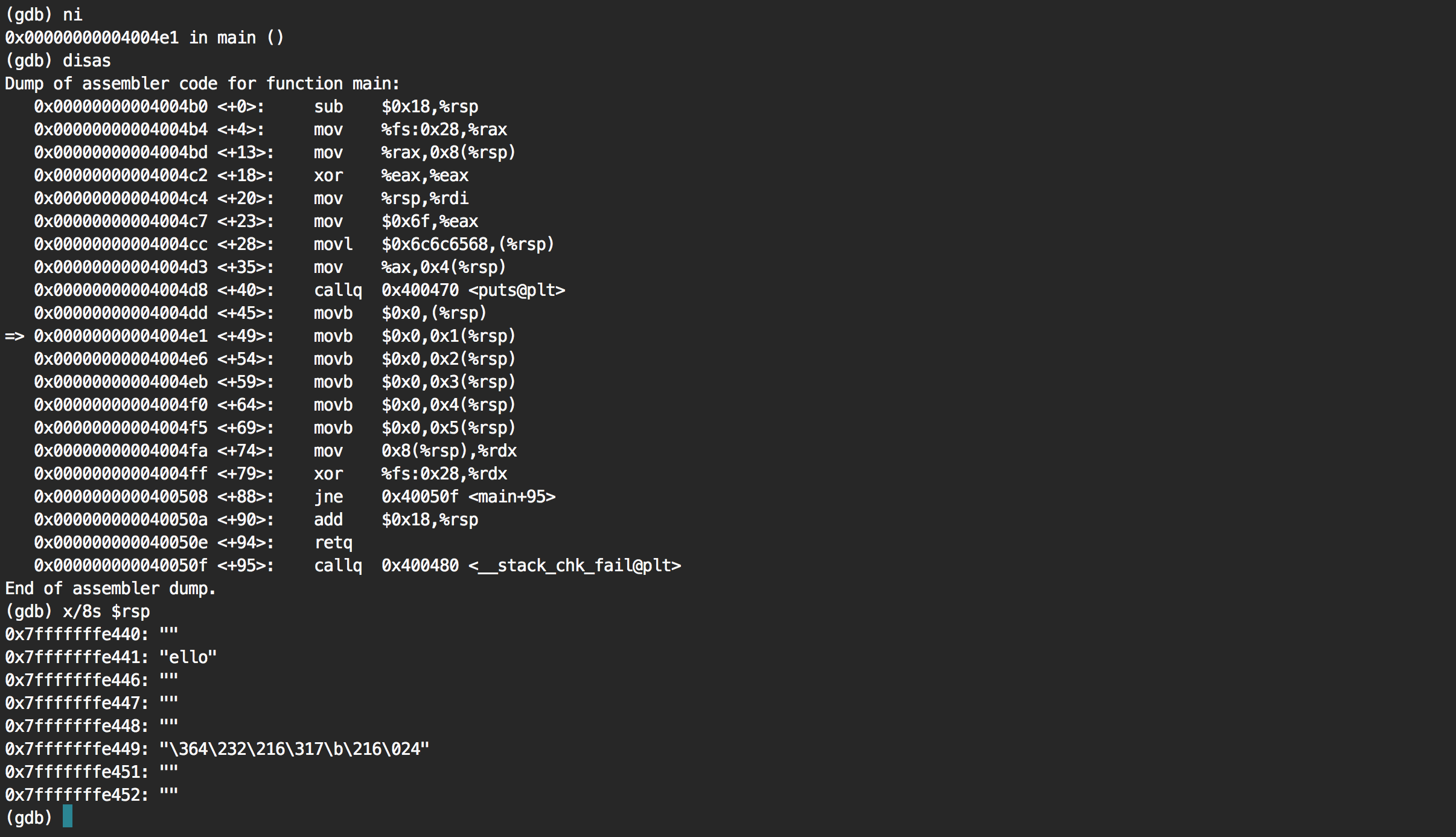 The full code can be seen here as an erase_from_memory.h header file that you can just include in your codebase:

Many thanks to Robert Seacord!

PS: here is how libsodium does it

EDIT: As Colin Percival wrote here, this problem is far from being solved. Secrets can get copied around in (special) registers which won't allow you to easily remove them.

By the way, errors of type erasure occur when using not only memset() function, but also another functions. To find all situations like this in your code, you can use PVS-Studio analyzer. It has a related diagnostic for a CWE-14 search: https://www.viva64.com/en/w/V597/

For the Windows dudes reading this, ZeroMemory() suffers from the same issue. Use SecureZeroMemory() instead.

Quentin: that's in the code I point out at the end from libsodium : o

Is this technique as effective if just the parameter is marked as 'volatile'?

I tried erase_from_memory on ubuntu 16.04 & gcc 5.4 just now. With -O3 optimization, the loop is skipped. So it seems that volatile pointer is not very reliable.

Hello David and thanks for this article!
Any idea if it is possible to intentionally disable memory zeroing from the Kernel?
I would like to test its impact while invoking applications that heavily utilise malloc.

The new libsodium function is worth a look: https://github.com/jedisct1/libsodium/blob/1.0.18/src/libsodium/sodium/utils.c#L102-L132

Compared to the old version, it not only uses weak symbols to discourage optimization, but also puts an explicit mfence using inline assembly to declare a side-effect to the compiler.

the c/c++ official documentation says that memset AND memset_s are not sutible for zeroing memory as the compiler is allowed to optomise BOTH away.